What are your TOP 3 Pet Peeves?

Hmmm, I’ve got a couple in mind, but the top 3 that make it to the list are:

3) People sleeping in public transportation – I don’t hate people sleeping in buses, jeepneys or other in PUVs, just don’t let them sit beside me. I can’t blame people for getting that extra sleep that they need on the way to work or vice versa. For all I know they could be working 7 jobs a day, one being a rockstar, thus all the headbanging. Kidding aside, I often see others unconsciously (or not) lean to the one seating beside them so much that that person ends up having to give way by sitting uncomfortably on the seat’s edge just to accommodate the sleepyhead on to the space behind him/her. I don’t know if that made sense, but I’ve been witness to numerous instances, some of which happened to me, so I could tell how an incredibly short distance of travel could turn into one of the longest you’ve ever had.

I’m not saying I’m not guilty of this, in fact I’ve been one of these irritating creatures once in my life (specifically during my college days, with my mouth extremely wide open), so I know I got into people’s nerves too (a lot more than I can tell). That’s why I feel terribly sorry now for all the people who sat beside me back when I used to have sleepless nights and not to mention backbreaking duties in the hospital.

2) Spit – Spit on the street, spit unwashed on the sink, people spitting everywhere, that hideous glob of slimy, sometimes bubbly and greenish goo that you almost stepped on with your newly bought shoes? Yes, that makes me cringe and I could probably make someone I catch in the act of spitting, suck that thing off the floor and have him/her dispose of it appropriately, well maybe in a parallel universe.

Trivia: A professor once told us that it would be more sanitary to swallow your phlegm (unless of course, you’re harboring Tubercle Bacilli in your lungs which could eventually cause abdominal tuberculosis when ingested) than to spit it out on a piece of tissue or on the street because eventually, you’ll be able to poop it out, instead of spreading the virus/bacteria everywhere.

1) Pee on Toilet Seats – Topping the list would be that yellow, sometimes, red little puddle of pee on the toilet seat. I know people close to me who relentlessly do this, mainly because they’re men and men sometimes really are just cavemen. Nothing against men though so please don’t hate! 🙂 But what annoys me extremely is when WOMEN do this! Women are supposed to be prim and proper (well, not all the time), but at least in terms of just keeping public toilets clean and decent enough for the next girl in line. I don’t sit on the toilet in public restrooms but it’s still extremely annoying to see women who don’t clean up after themselves. I’m one of those girls whose room is a mess all the time, so I’m not the prim and proper type, but I still can’t stand seeing pee stains on the toilet seat. I even clean up after someone even if it’s completely disgusting and even though I know I won’t sit on it. I just have to do it every time.

Sharing utensils should’ve made it on the top 3 list, too bad, I only thought of it now! haha! Seeing everything on my list, I can tell why one office mate once told me “ahh nurse ka kasi” or not! 😛 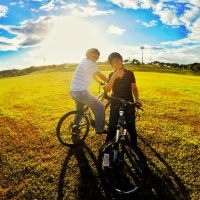 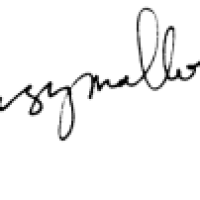 There is comedic gold behind every painful experience. Here are mine.

the diary of a self-confessed millenial

Chronicles of an INFJ

Write the first 50 words of YOUR story in a comment.